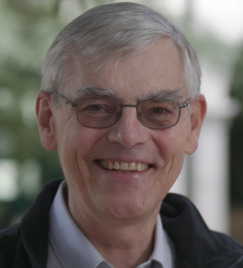 We are contributing to innovation and understanding in catalysis, clean energy production, nanotechnology, and medicine.

The importance of catalysis is highlighted by a recent report, which states that catalysis-based chemical syntheses are involved in 60% of today's chemical products and 90% of current chemical processes. In the U.S., the chemical industry makes the largest trade surplus of any non-defense-related sector ($20.4 billion in 1995), represents 10% of all manufacturing, and employs more than 1 million people.

We create catalysts which operate in new ways, transforming organic molecules more quickly, in higher yield, with fewer by-products and less waste, contributing to sustainability and green chemistry. Moreover, we are applying what we have learned to new ways to make hydrogen from renewable resources. In separate research projects, we are using organic synthesis to make contributions to nanotechnology and health care.

In the first area (catalysis), we are probing the combined effects of a metal and ligands capable of donating or accepting protons or hydrogen bonds. As an example of the power of bifunctional catalysis, we have been able to make catalysts for anti-Markovnikov hydration of alkynes which are more than 1000 times faster than others reported in the literature, accomplishing within minutes a reaction that would take more than a million years to complete without catalyst! A paper from our group was featured in Chemical and Engineering News (October 4, 2004 issue, page 31). This work has led to a patented catalyst which is sold for research purposes by Strem Chemicals. In ongoing work, we are trying to understand fully the reasons for the high activity, productivity, and selectivity of the new catalyst.

A second example of the power of bifunctional catalysis is shown in eq. 2, where we find that the catalyst shown can move alkene double bonds up to 30 positions down a chain of carbon atoms, yet shows useful selectivity in other alkene isomerization reactions. Control experiments showed that the heterocycle accelerates reactions by factors of up to 10,000. This paper was featured in Chemical and Engineering News (July 23, 2007 issue, page 29). This and other reactions are the subjects of exciting investigations in the Grotjahn lab.

In the second area (contrast agents for medical imaging), we are making molecules which bind gadolinium tightly, while also conferring certain properties for maximum detection sensitivity in MRI (magnetic resonance imaging). This work involves total synthesis of compounds with several chiral centers. In collaboration with researchers at University of Pittsburgh Medical Center, these molecules are being used to create new nanodevices for the detection of various forms of cancer. In addition, we are trying to answer fundamental questions about the ways in which nanoparticles are metabolized by the body.

Students in my group are exposed to a wide variety of techniques: Organic synthesis is used to make new ligands, inorganic and organometallic chemistry are used to make new metal complexes, and NMR spectroscopy is used extensively to study reactants and products. In fact, we run many reactions inside NMR tubes because we can easily detect some sensitive reaction intermediates. Many complexes are air-sensitive, so students in my group learn how to handle compounds in inert-atmosphere glove boxes or in Schlenk apparatus. In addition, we are now using combinatorial methods to screen ever-larger numbers of catalysts.

Students graduating from my group enjoy a thorough preparation in fields such as organic synthesis, catalysis, spectroscopy, organometallics, coordination chemistry, and computational chemistry. Students with different interests and preferences can emphasize any or all of these areas in their work. In the area of organic synthesis, we work with a wide variety of heterocycles and other nitrogen-containing compounds, organolithiums and other polar organometallics, phosphines, and chiral compounds, to name a few compound classes. Our group strives to publish in high-profile, internationally respected journals such as J. Am. Chem. Soc., Angewandte Chemie, etc. My graduate students have gone on to postdoctoral positions and permanent jobs in the pharmaceutical industry, national labs, or universities. Undergraduates from my group have gone on to either jobs using their organic and organometallic skills, or to graduate programs at institutions such as Harvard, Scripps Research Institute, and UC Irvine.

and where they went after SDSU