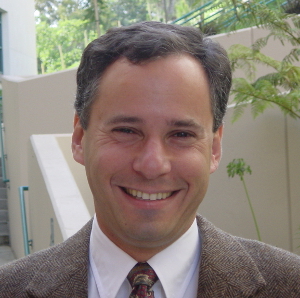 The emphasis of research in the Pullman lab is on the synthesis, structural and kinetic characterization, and manipulation of metal nanoparticles. Much of our work involves silver nanoparticles, which are now the most commercially prevalent nanoparticles on the market, due to their antimicrobial activity as well as their remarkable optical properties. We are predominantly an experimental group, but when needed, we use an integrated approach in which computational and theoretical studies help in guiding and then interpreting the experiments. Examples of current nanoparticle projects include the:

We rely on a number of complementary experimental techniques to characterize the nanoparticle systems: optical spectroscopies (UV-visible-nearIR, Raman, and IR), transmission electron microscopy, atomic force microscopy, NMR, inductively coupled plasma mass spectrometry (ICP-MS), and electrospray ionization mass spectrometry. We also modify or construct instruments when needed, enabling us to expand on the types of possible experiments. Electronic structure computations in support of the experimental work are carried out on the Molecular Sciences Computer Cluster.

A second research area, which overlaps and informs some of the nanoparticle work, is the study of the kinetics and dynamics of chemical reactions that take place on well-defined crystalline surfaces. In this work, we utilize ultrahigh vacuum techniques to prepare and characterize samples, which are subsequently probed using sensitive analytical techniques, including molecular beam scattering, angle-resolved thermal desorption spectroscopy, Auger spectroscopy, and mass spectroscopy. Our principal work in this area has been in elucidating the mechanism of reactions involving hydrogen on the Si(100) surface. An example is the discovery of an exceptionally high kinetic order, roughly 9, for the recombinative desorption of molecular hydrogen from Si(100) surfaces that were previously saturated with atomic hydrogen. This order is among the highest ever measured for any chemical reaction. It is an apparent order, and interestingly, our data suggest it arises from two competing low-order desorption processes.

Our final area of investigation, inspired by experiments in our group, is to develop a detailed understanding of the origin of contrast in scanning tunneling microscope images of graphite and few-layer graphene. Although this has been considered a solved problem, persistent discrepancies between experiment and theory led us to revisit this issue. Using periodic density functional theory, we are exploring the possibility that defects of various types may account for the prominent asymmetric features often seen in experiment. This work is done in collaboration with Dra. Maria Guadalupe Moreno Armenta of the Centro de Nanosciencias y Nanotecnologia, Universidad Nacional Autónoma de México in Ensenada.