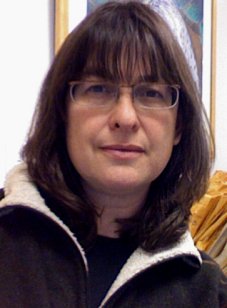 The Segall lab has recently focused on 3 general research topics: the mechanism of site-specific recombination, the identification and characterization of DNA repair inhibitors, and the diversity and lifestyle of bacteriophages. Towards these goals, we employ a variety of tools including biochemistry, genetics, genomics, bioinformatics, various imaging methods, and structural biology.

The mechanism of site-specific recombination mediated by the Integrase (Int) protein of bacteriophage l.

Site-specific recombination reactions are wide-spread in nature, and perform many functions in cells including control of gene expression, the separation of dimeric bacterial chromosomes to allow their proper segregation to daughter cells, and control of copy number in plasmids and phages. Many temperate bacteriophages use site-specific recombination to integrate their genomes into host cell chromosomes and to excise them prior to resuming the lytic life cycle. In addition, several of these enzymes have been developed as very useful tools for both prokaryotic and eukaryotic genetics.

We have used the phage lambda site-specific recombinase Integrase (Int) as a model system to understand the mechanism of protein machines that rearrange DNA. Four Int molecules, helped by accessory proteins, synapse 2 DNA recombination target sites and perform two rounds of DNA cleavage, exchange and ligation to generate and then to resolve a special DNA intermediate known as a Holliday junction. Int cleaves DNA by a type I topoisomerase mechanism, and like DNA topoisomerases, requires no high energy cofactors. The reaction is very efficient and at the same time highly reversible, which has made the trapping of reaction intermediates very difficult. Our goal is to find the determinants of directionality and efficiency in the Int-mediated recombination reactions. This understanding, in addition to its fundamental insights into how molecular machines work, should allow us to develop even better tools for gene targeting and for generating programmed mutations in any biological system. We have used combinatorial chemistry to find inhibitors that block recombination at different steps. We are currently using these inhibitors to probe the geometry and regulatory features of recombination.

While characterizing the inhibitors of site-specific recombination described above, we discovered that they are structure-selective ligands that bind to central and conserved intermediates of DNA repair, preferentially Holliday junctions and to a lesser replication fork-like structures. The inhibitors block the resolution or branch migration of Holliday junctions by several structurally and mechanistically distinct enzymes, including RecG and RuvABC. We are using X-ray crystallography studies to understand the interactions of the inhibitors with the Holliday junction substrate. Since these inhibitors differ in structure from all other known ligands of Holliday junctions, their structure will provide new insights applicable to the design of more specific and higher affinity ligands. Genetic analysis is confirming that these inhibitors interfere with DNA repair, and that DNA repair is a viable novel target of antibiotics. During our studies of these inhibitors we discovered another major source of DNA damage, envelope stress. We are pursuing new studies on how damaging the bacterial membrane leads to DNA damage, what type of damage is generated, and what genes and regulatory pathways are called into play to fix this damage. A number of antibiotics appear to have this effect, and our studies are exploring the mechanism of these âside activitiesâ that may augment the killing action of this class of drugs.

Bacteriophages are the most abundant biological entity, and profoundly affect the dynamics of microbial populations. They influence carbon cycling in the oceans, shuttle genetic information between bacteria and contribute to the evolution of new bacterial pathogens, and act as a selection force in microbial evolution. Together with Forest Rohwerâs lab, we have explored the diversity of bacterial viruses and their life styles in marine environments. Our current interests in this area are to use computational and bioinformatics tools to develop ways of identifying the potential function and evolutionary relationships of the large fraction of genetic information, much of it encoded by bacteriophages, for which there is no current known function.